Please note: Bishop Auckland Food Festival is taking place on 2 and 3 October 2021. The town will be busy and car parking in North Bondgate will be limited so please plan ahead. For information regarding travel arrangements, see the Food Festival website here.

Selected venues are now open on a timed entry basis. Visit the calendar to find your dates and book today. 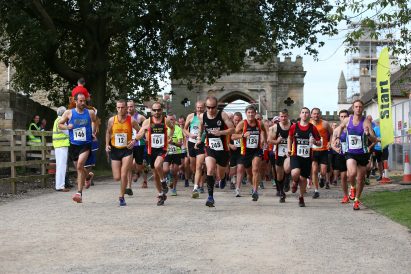 On Sunday, 26 August, the 2018 Trail Race and Fun Run took place in the Deer Park and Auckland Castle’s grounds.

Now in its fourth year, the event was organised by The Auckland Project, in partnership with Shildon Running and Athletic Club.

First place prizes went to Maddy Fisher, of the Evenwood Road Runners, who came in with a time of 42.12 for the women. She was followed by Hazel Johnson, of Shildon Running and Athletic Club and Michelle Zamir, from Aycliffe Running Club, who came second and third respectively.

In the men’s category, Chris Callan, of the Elvet Striders took first position with a time of 33.49 while Rob Teasdale, of Crook DSAC and Dan Jeffery, of Shildon Running and Athletic Club came second and third.

Explore the landscape of this peaceful park, the hunting grounds of the Prince Bishops of Durham

The ticket office is open and the whistle’s polished, all that’s needed to depart is you! We acquired Weardale Railway in 2020 because we wanted to preserve an exciting and important part of North East’s history.