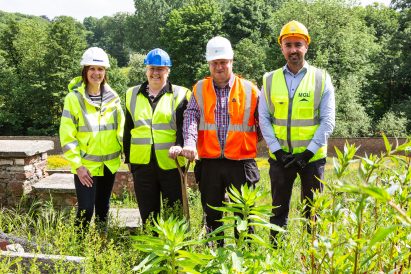 Work is progressing to revitalise of one the region’s oldest walled gardens.

Now, the Durham-based contractor is moving on to the next stage of enabling works, repairing the historic walls, restoring the original contours of the Walled Garden and re-laying soil in the lower garden to prepare the ground.

The work is expected to take seven months, ready for planting to begin in early 2019.

The Walled Garden was originally created in the grounds of Auckland Castle by Bishop Cosin and used pioneering techniques with heated walls and hothouses to grow vegetables, flowers and fruit. Following this tradition, the current restoration work forms part of our plans to reimagine the historic Walled Garden as a functioning kitchen garden and a place of beauty.