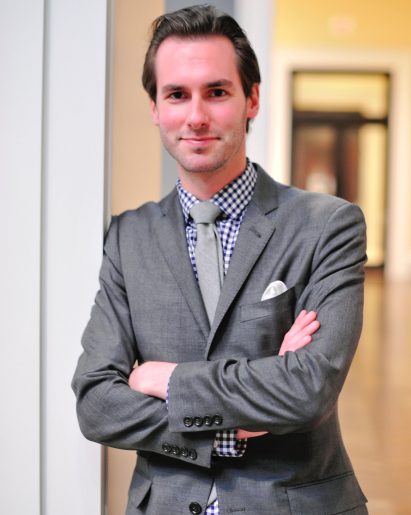 With plans for ACT’s Spanish Gallery now well underway, Senior Curator Ed Payne is working hard to raise the profile of Spanish art and Auckland Castle, both in the UK and further afield.

In January Ed led members of the Iberian and Latin American Visual Culture Group, ARTES, on a visit to the exhibition Ribera, Master of Drawing at the Museo Nacional del Prado, Madrid.

Ribera was an important contemporary of Zurbarán, the Spanish master behind the paintings of Jacob and his Twelves Sons, which have hung in Auckland Castle’s Long Dining Room for more than 250 years.

Ed also delivered a public lecture at the Prado entitled ‘Sublime and Grotesque: Ribera and the Art of Drawing’, which explored some of the most prominent subjects in his graphic production.  This is now available to view on YouTube.

On February 9, Ed will join the Curator of the Prado exhibition, Gabriele Finaldi (Director, The National Gallery, London), for a special Curators in Conversation event on Ribera’s drawings, organised by ARTES and hosted at Colnaghi, London.

This will be followed in the spring with Ed curating the second incarnation of this exhibition entitled Between Heaven and Hell: The Drawings of Jusepe de Ribera at the Meadows Museum, Dallas, Texas, where Zurbarán’s paintings will also be exhibited later this year.