Please note: Bishop Auckland Food Festival is taking place on 2 and 3 October 2021. The town will be busy and car parking in North Bondgate will be limited so please plan ahead. For information regarding travel arrangements, see the Food Festival website here.

Selected venues are now open on a timed entry basis. Visit the calendar to find your dates and book today.

Behind the Project are many dedicated folk, working hard for our visitors and our community in Bishop Auckland.
Over the coming weeks we'll be updating this page with their stories, and in the meantime, we're pleased to introduce you to our Founder, Jonathan Ruffer. 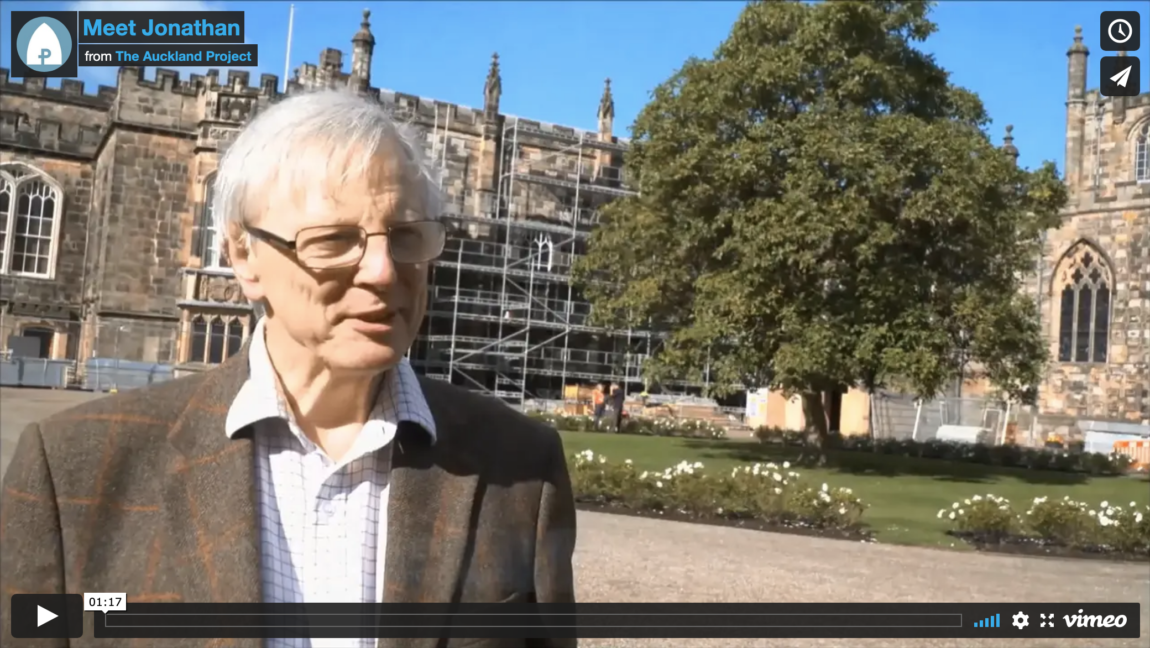 Jonathan grew up in North Yorkshire, read English at Cambridge, trained as a barrister, and then moved into the investment world, setting up Ruffer LLP in 1994. His hope is to be an encouragement to those who work hard for the good of others and those who seek to work but have not had the opportunity.

Bob has extensive experience as a Board Director in a range of global companies in the manufacturing and financial sectors. With a background in corporate finance, he has expertise in strategic business development and implementation, financial restructuring, managing shareholder relations and corporate governance. Bob is also a member of the Institute of Chartered Accountants in England and Wales.

Malcolm was brought up in Yorkshire and Rutland. He began his museum career at the National Portrait Gallery in 1974, where he specialised in early English portraiture, latterly serving as Keeper and Deputy Director. In 1994 he was appointed Director of the Museum of Fine Arts, Boston, retiring in 2015 as the longest-serving director of the museum and being made director emeritus.

Jane is Director of Jane Dean & Associates. She has extensive experience of the hospitality and catering industry across the public and private sector in corporate, education, retail, leisure and commercial markets. Prior to establishing her own consultancy, Jane was Business Development Director with Sodexo. Along with developing sales strategy, in this role she had responsibility for planning and implementing new retail shops, deli bars, restaurants and vending. Before Sodexo she spent nine years working for the leading food service and support services organisation, Compass Group.

Dan has spent the majority of his career working in the cultural sector. Since 2014, he has been Director of Communications and Development at Historic Royal Palaces (HRP), where he is responsible for promoting the six palaces in HRP’s care, raising the organisation’s profile as an independent charity and generating income through external fundraising. Prior to that Dan worked as Director of Members, Art and Media at the Royal Horticultural Society and Marketing Director for English Heritage. Dan has also worked at the Science Museum and the Millennium Dome.

As a solicitor and consultant general counsel, Nicholas specialises in assisting companies primarily in the arts, culture, media and communications sectors with their legal and governance requirements. He has a broad range of experience gained in leading organisations including BT, O2, the BBC and Christie’s. Nicholas was general counsel and secretary of the last three named organisations and he currently supports English National Ballet and the Royal Ballet School, among others. He has completed a major governance overhaul for the Architectural Association.

Originally from Lancashire, Anna moved to the North East with her family in 1986, where she worked as Statutory Director of Public Health for County Durham and formerly for Easington. Anna had a commitment to improving health via community development and established the first community health trainers in the region, which later rolled out nationally. A strong advocate for working in partnership to improve health and reduce health inequalities, Anna has extensive experience as both member and chair of a number of local, regional and national boards and committees.

Myles started his career at Ernst & Young and then worked for Robert Fleming Holdings Limited and Maple Financial Group. After three years at ED&F Man Holdings, he joined Ruffer in 2009, where he worked as Finance Director for 12 years.